COP 27: mirror of the moment we live and the future we want 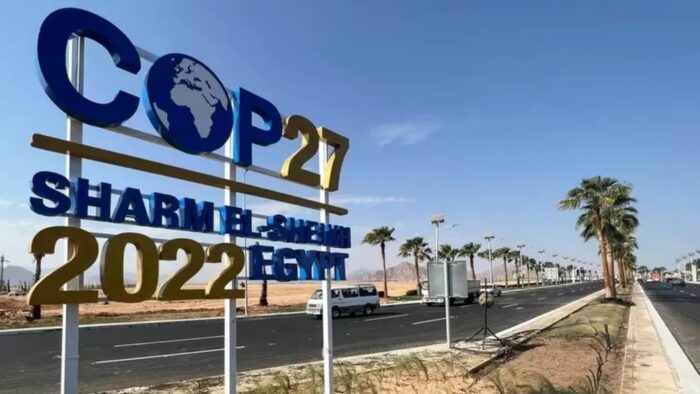 The challenges posed by the climate change agenda demand convergent agendas that consolidate the cooperation of as many actors as possible. And the private sector cannot be left out of this process.

COP 27 was a very reflective event if seen through Brazilian eyes. What happened in Egypt, to some extent, mirrors what happens in the country and even indicates what can be achieved in the future.

In order not to remain in a punctual analysis, let’s start by emphasizing the traditional role of political protagonist played by Brazil in the environmental agenda. Since 1992, actors from different sectors have been organizing and participating in international forums to promote this discussion.

This history has given Brazilian companies, NGOs and governments enough maturity to reach 2022 with their own agendas. This ensured that Brazil had the second largest delegation at COP27. Not only the size of the delegation deserves attention. The presence of high-level representatives of the organizations participating in the event shows that there was also a lot of quality in our delegation. Brazilian actors used the event to establish purposeful dialogues and announce important initiatives to combat climate change in Brazil, advancing their particular agendas.

However, this large Brazilian participation was fragmented into three pavilions: one of the federal government (Pavilhão Brasil), one of the network of governors of the legal Amazon (Consórcio da Amazônia Legal) and one of the Brazil Climate Action Hub, led by organized civil society. The challenges posed by the climate change agenda demand convergent agendas that consolidate the cooperation of as many actors as possible. Therefore, alignment efforts are fundamental for the next cycle.

And the private sector cannot be left out of this process.

Several Brazilian companies are international references in solutions to combat climate change. Others are still at the beginning of their journeys, but evolving, whether due to internal engagement, market pressure and, especially, ESG demands. Engaging companies in dialogue and finding ways to support the private sector to contribute to the national reduction of emissions is fundamental. It is necessary for private solutions to gain scale and, for that, they need to prove profitable and resilient – ​​otherwise, they will not be able to attract the necessary capital to make them viable.

Regarding nature-based solutions, we can say that, since COP26, they have gained a lot of space and materialized with more actions announced at COP27. Activities with intensive land use represent more than 40% of Brazilian emissions. Thus, forest conservation and recovery initiatives are interesting, as they can attack our biggest source of emissions. Demonstrating the segment’s potential, during the COP new investments, projects and companies were announced with a focus on forest preservation and recovery of forest areas, a specific one, with the goal of recovering 4 million hectares of forest area. This shows that the private sector is interested in working on this issue. It is worth asking: is interest enough? Without a favorable legal framework and a regulated carbon market, how many of these projects might perish in the first bump in the economy?

The private sector plays a fundamental role in aligning economic activities with environmental conservation. More than that, this alignment can also bring international competitiveness to our companies. Solutions that decouple income generation from greenhouse gas emissions have room for international application and can also make Brazil an economic player in the green economy.

We understand that a government concerned with the environmental agenda is positive for the country, but this is not enough for Brazil to overcome its challenges in relation to the Sustainable Development Goals. The alignment of interests, with plural dialogue, and the pursuit of meeting the expectations of all segments of society, will be able to create the conditions for Brazil to be a reference in the promotion of the green economy, making our companies also have this recognition , and international protagonism.