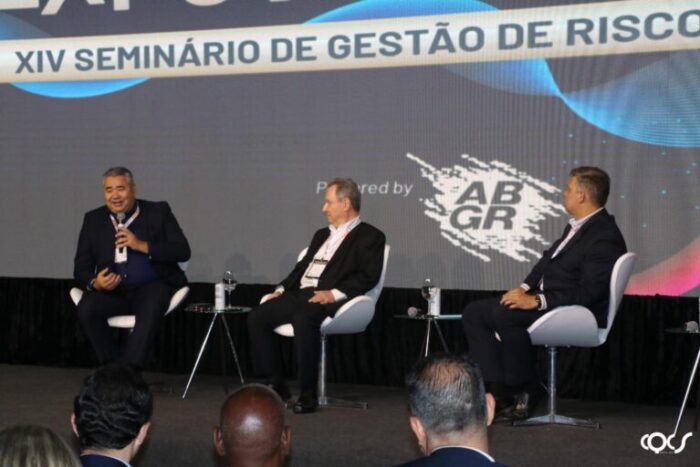 In an event held by the Brazilian Association of Risk Management (ABGR), this Wednesday (16), in which the sector’s new challenges were discussed, insurers, reinsurers and risk managers of large companies, in addition to the director of Susep, José Nagano, revealed that, at the moment, the focus of the sector is directed mainly to issues related to ESG (environmental, social and corporate governance) and to segments that have generated a high volume of claims resulting from climate risks. According to Aon’s ESG Solutions manager, Thomaz Fabelo, in this new scenario, competition is among the factors that motivate companies to invest heavily in sustainability. “If I am inserted in a universe in which everyone has a sustainability agenda, if I stay out, I stay behind, but if I adopt it before the competition, I end up standing out”, commented the executive, pointing to three other motivators: conviction, because everyone understand the importance of sustainability; convenience, since for several sectors the ESG agenda is connected with the company’s business; and compliance, as many will adopt for regulatory reasons.

Maria de Fatima Mendes de Lima, Sustainability director at Mapfre, emphasized that this is an agenda “in full evolution”, integrated into the routine of large companies and that brings important innovation to business and even risk mitigation. “We have major global commitments in the countries where we operate, encompassing inclusion, diversity, among other issues. This strategy is even part of our product portfolio, with a focus on segments that are not covered by insurance yet,” he emphasized.

In turn, Nathalia Abreu, Sustainability manager at Zurich, pointed out that insurance companies, as large investors, can engage companies to improve their journey. “At Zurich, we keep an eye on return and profitability, but we are also looking at several other aspects when making investment decisions, including the issue of carbon,” said the executive.

A similar view was presented by Daniela Cavalcante Pedroza, CEO of Ambipar VG. According to her, there is a “new look” for sustainability. “Today, the financial market already raises the flag that everyone needs to be prepared for corporate governance. In 2010, there was no mention of losses due to climate change or damage in insurance clauses. That has changed,” he exemplified.

COST. Still in this context, Frederico Knapp, head Reinsurance Brasil & Southern Cone at Swiss Re Brasil Resseguros, warned of the serious consequences of the increase in the frequency and severity of claims worldwide, especially those caused by climate risks, in agribusiness. “There will be a hardening of the market, possibly with an increase in insurance and reinsurance prices as well. Do not be alarmed by the increase in rates that we are going to see around the world soon”, he projected.

Nagano, from Susep, also sees reasons for the market to be concerned about the current scenario. “The market suffers barbarity with insurance and reinsurance in the agricultural sector, sometimes due to excessive rain, sometimes due to drought. It is necessary to foresee catastrophes”, he commented.

DHL Risk Director, Guilherme Brochmann, also highlighted the importance of thinking about the future. “The whole world thought that there would never be a catastrophe in Brazil. But, it is happening. I want to leave a better world for my grandchildren. Today, the world is already home to eight billion people. So, you have to think about the future.”

For the advisor to the ABGR board, Marcia Ribeiro, to reach this new stage in a more peaceful future, there needs to be greater unity among all actors. “Everyone who is here at this event is part of the process. I have summoned some into the lasso. But it is necessary that the entire production chain – insurance companies, large institutions, federations, want to play together. We count on you!”, he stressed.

The event also had the participation of Danilo Silveira, Executive Director of FenSeg, who highlighted the role played by the 94,000 insurance brokers active in the market, “who wear out the soles of their shoes to better serve customers. He said that there is plenty of room for market growth, noting that only 15% of households and 30% of the vehicle fleet are insured in Brazil. “Insurance has a relevant social role. And we have an obligation to grow,” he said.

Opening. At the opening of the event, the importance of ABGR for large insured companies was highlighted, especially for bringing consumers closer to the market, training qualified risk managers and debating the major issues that affect both sides.