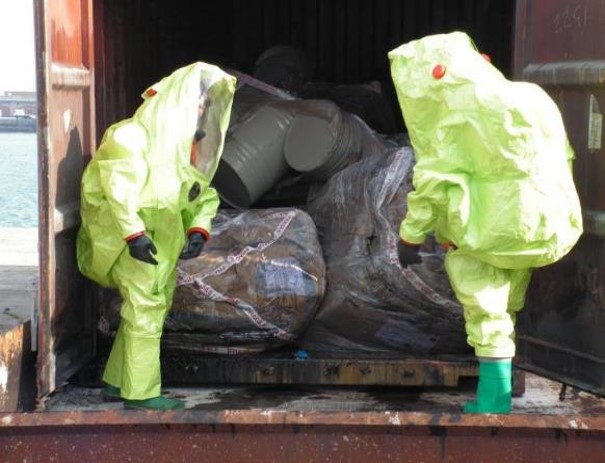 Inland chemical spills whether CBRN or HAZMAT related pose a great threat to the environment and socioeconomic resources.

HAZMAT Incidents vary widely from industrial accidents and road traffic collisions to minor spillages and even includes chemicals that become hazardous by virtue of their age; such as picric acid that has been stored for too long, dried out and become explosive.

Ambipar Response Ltd has responded to many hazmat incidents all over UK and abroad. These have included incidents with:

Ambipar Response has been involved in a number of incidents and major incidents such as Operations Shambling and Fire (and some exercises e.g. Exercise Saxon Resolve) to decontaminate and clean up after either an incident or where a potential incident has been averted.

Our responders work with Emergency Services, Local Authorities and are part of a Government framework for CBRN decontamination.