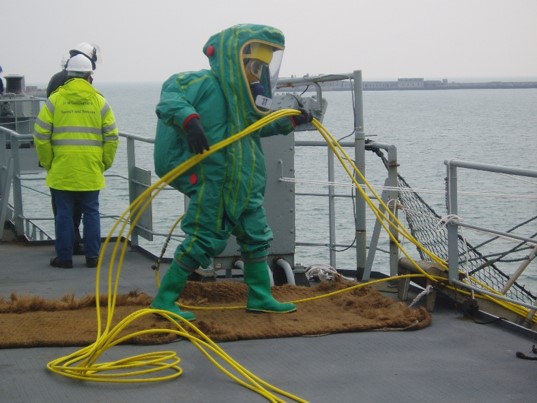 Hazardous and Noxious Substances (HNS) are substances other than oil that, if released into the marine environment, are likely to endanger human health, impair living resources and marine life, degrade amenities, or interfere with other legitimate uses of the sea.

Ambipar Response has been deployed to several HNS incidents in the UK and around the world to support incidents involving chemical-laden ships like  Rena, Napoli, Multitank Acania, and Ever Decent, for example.

We have also attended many ports and harbours where incidents involving chemicals like Nitrocellulose, Epichlorohydrin, Methyl Methacrylate, Titanium Tetrachloride, Aluminium Phosphide, and others have closed or threatened to cease operations in the port.