The contamination spread across an area of 60 square metres of unsealed ground. 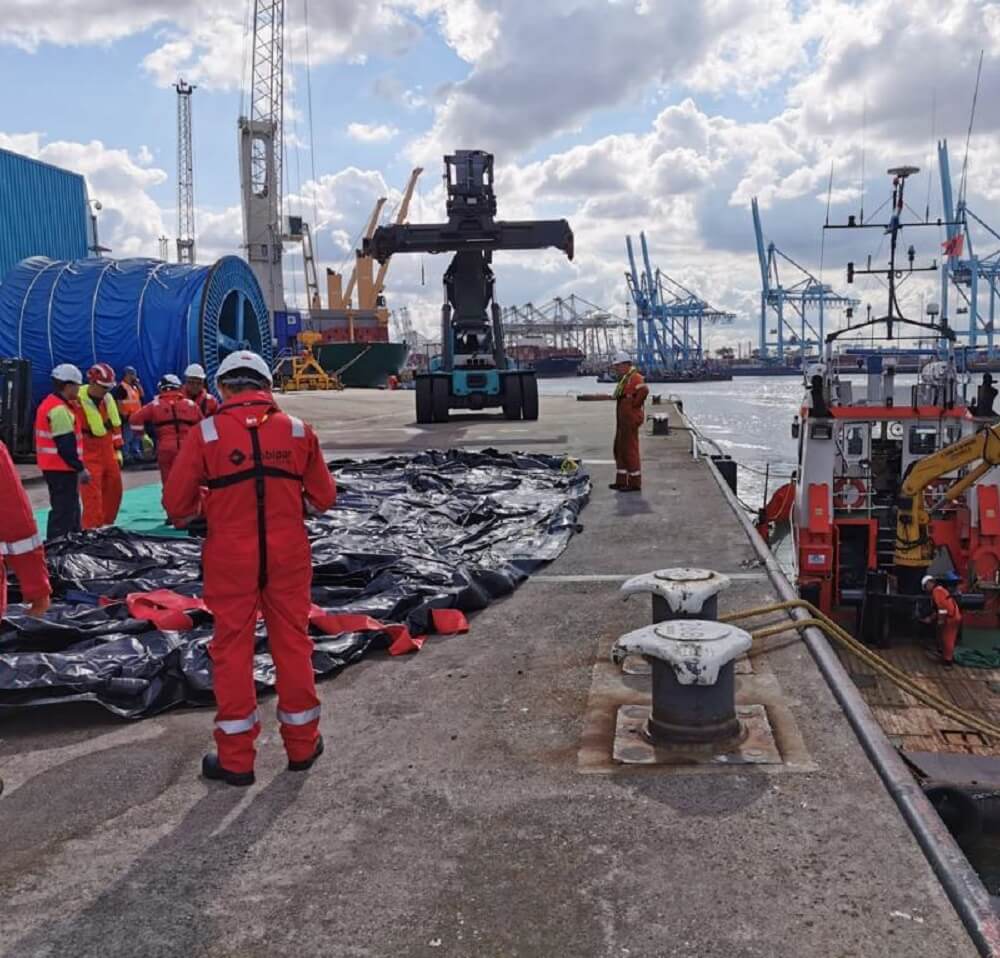 In 2020, a client experienced an oil spill which involved a loss of approximately 50ltrs of fuel from a TransCube Fuel Bowser that had leaked out of pipe work connecting to the site generator. The contamination spread across an area of 60 square metres of unsealed ground.

Ambipar were mobilised to site by Reconomy to undertake initial site surveys and commence remedial works. Ambipar created a method statement for the soil to be sampled, which was sent for analysis in order to determine the size of the oil plume and extent of ground contamination. The ground make up was compact, which prevented the spill penetrating the sub-structure of the soils, but in turn meant that waste densities were high.

Having returned sample analysis, Ambipar determined that the soil samples were contaminated with diesel and as such it was made apparent that the subsurface had been impacted by the spill.

Utilising a grid method, Ambipar were able to determine the size of the plume and which areas of the ground were more heavily contaminated. With this knowledge, Ambipar pin-pointed the soils that needed clearing, ensuring that waste streams and overall costs of disposal were kept to a minimum.

Once a disposal route for contaminated soils was agreed, Ambipar set about removing contaminated soils into a lined skip to prevent secondary contamination. The areas of contaminated soil were identified using dates from the analysed soils and Ambipar removed contaminants 150mm scrape from the surface. Ambipar then used a PID meter to assess whether an acceptable reading was gathered. This process continued until the PID reading was at an acceptable level of 0.01ppm. To ensure Ambipar removed all contaminated soils, the dig area was extended by half a metre over the anticipated plume. Once works were completed Ambipar took validation samples from the sides and the base of the dig, which were then to be sent for final analysis to confirm that the ground was successfully remediated.

Working in close cooperation with the Infrastructure & Construction Company, as well as Reconomy, Ambipar delivered a successful remediation project.

Ambipar adapted to the demands of the incident, as validation samples were non-conclusive due to delays in reaching a laboratory because of Covid -19 related issues. As such, Ambipar used PID analysis of the ground to assist all parties in reaching the agreement that the soils were remediated to the required standard.