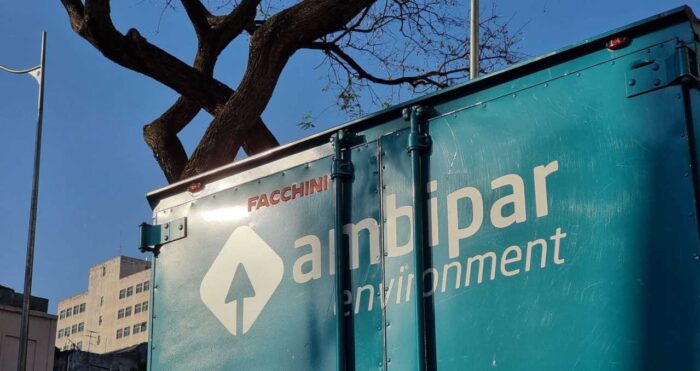 Ambipar (AMBP3) launched the Ambify platform almost eight months ago, an application that enables individuals to reduce and offset carbon emissions. And the company’s balance regarding engagement around the project is positive.

The director of digital assets at Ambipar, João Valente, points out that the initiative was born with two major challenges. The first, the carbon credit market, which is little explored culturally and educationally. The other challenge is to break new ground in tokenization, which, according to him, is still incipient in Brazil.

“A pioneering project to give individuals the popularization of carbon credit requires overcoming some challenges. One of them is information. We are investing a lot in culture, information, in knowing what Ambify is and its possibilities”, explains Valente.

The Ambipar director celebrates the interest not only of individuals. CNPJs of large companies have also sought more information about the carbon credit market.

One of these companies is Bradesco. The bank used Ambify’s services to allow customers to calculate and offset carbon emissions from within the app itself.

Valente adds that other sectors are already in direct contact with Ambify.“We already have several sectors: transport, food, finance”, he lists. “Several relevant companies within the market here and abroad are also developing these APIs (programming interface) to be able to plug in”, he revealed.

One of Ambipar’s concerns regarding the launch of the platform was the issue of transparency regarding carbon credits.

For this reason, Valente reveals that Ambify spent some time on the drawing board until all the gaps were filled. The focus was to avoid any possibility of greenwashing – a term that refers to the use of environmental projects more as a marketing tool than in practice.

To ensure security and transparency in user transactions, the application uses blockchain technology. The credits purchased are certified by the VCS, Verra’s international certification standard – which validates more than 70% of the carbon credits in the global voluntary market.

Each VCS-certified credit has a tracked “serial number”, which is withdrawn from circulation once retired. The transparency and integration of the Ambipar initiative received praise from Verra, attesting that the platform meets 100% of the requirements.

“We are very happy with this announcement by Verra, because it means that we are doing it right and that we are already anticipating some problems that may exist in the market”, stated João Valente.

Given the success of the initiative, Ambipar is already looking at the next steps in the digital assets sector. After all, it is not news that the company based in Nova Odessa, in the interior of São Paulo, is restless.

Ambipar brings in its business the search for innovation and constant growth. Proof of this is that last week the company announced the purchase of the Canadian company Ridgeline, the 13th recent acquisition in North America alone.

“Ambipar has great dynamics in the market, with all its size. It is a pioneer and was able to see an opportunity to work within digital assets”, extols the director.

For him, the company’s focus on digital assets is to work in a pioneering way and contribute to the environment within the company’s socio-environmental governance (ESG) core. “You cannot ignore a market of US$ 3, US$ 4 trillion”, remembers Valente.

Without giving details, he also says that the company is looking to the metaverse. With this, new initiatives may appear soon.

“We’re looking at the metaverse, looking at NFTs as a form of signature. These aspects are within Ambipar’s radar”, he envisions.

Ambify is a project that allows individuals to calculate and offset their carbon emissions, through an application, in a simple and accessible way.

Unlike other apps, Ambify allows the user to break tons of carbon into kilograms. It is possible, for example, to offset a trip or even pay pennies to offset a meal.

The idea of ​​the project is to connect people to the transformation process towards a greener and low carbon economy.

Also, it is possible to buy Ambify to compensate in the future. In all compensation, Ambify allocates a percentage of the amount, at no additional cost to the user, for social projects in one of Ambipar’s partner institutions.

The credits are generated by projects that help maintain forests and reduce carbon dioxide emissions from deforestation.