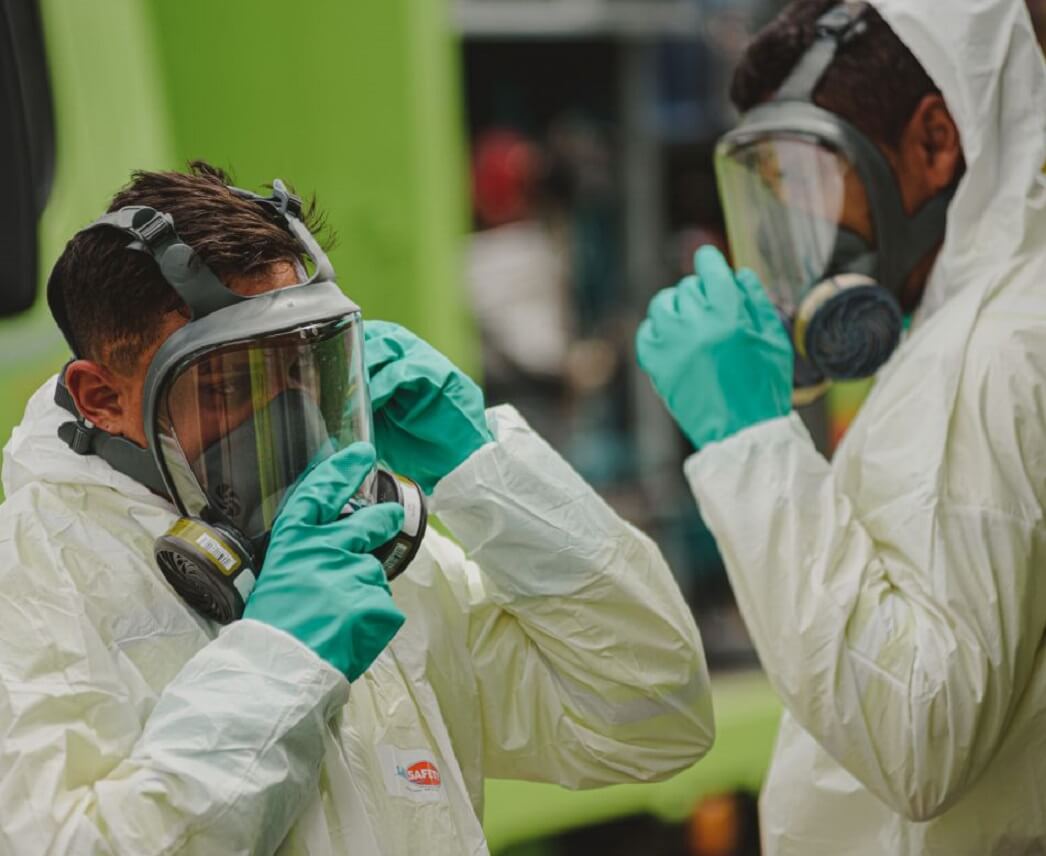 Ambipar were mobilised to an incident at one our client’s warehouse facilities, where employees had begun experiencing symptoms following contact with cargo that was contaminated with CS Gas. CS (o-Chlorobenzylidene Malononitrile) is a white crystalline powder and is a key component of the substance also known as tear gas.

The CS Gas had been sprayed by French Police having encountered illegal immigrants on board the trailer carrying the said cargo. By the time employees began experiencing symptoms, some of the cargo had been unloaded and distributed onto pallets within the warehouse. All cargo within the warehouse and the vehicle were then cordoned off by the client.

As such a loading bay (where the trailer was parked), a section of the warehouse floor, and a forklift within this area, were temporarily put out of operation by the client.

Upon liaising with the client’s site contact, establishing safe systems of work and agreeing on method statements, the team initiated decontamination works.

Over 2,000 items were decontaminated between the trailer and the palletised items in the warehouse, using bicarbonate of soda solution to raise PH levels on the cargo. This in turn activated the CS Gas in a safe manner, removing any further traces.

All cargo was removed from the trailer and reloaded onto skids where they were left to vent. The trailer was then decontaminated internally and left to vent.

All items were successfully decontaminated and prepared for further transportation within 3 hours of being on-site, and within 5 hours of the initial call-out.

The client was able to restore safe working environments for its employees and cordoned areas of the warehouse and loading bays were made re-operational, minimising further disruption.