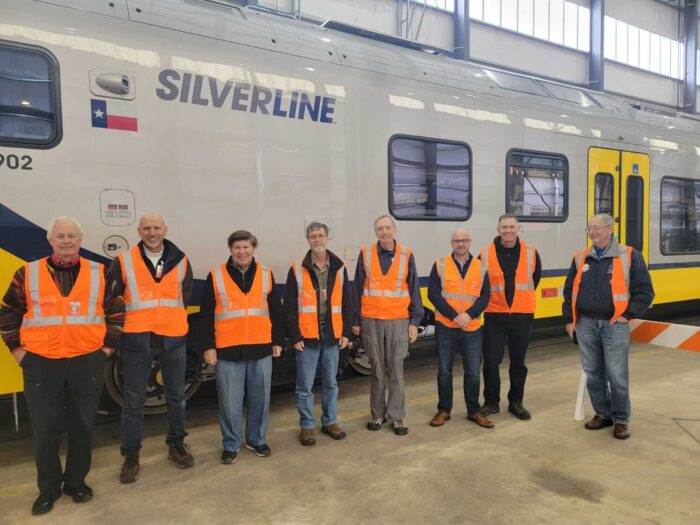 The Ambipar Response team in the United States was visited by the Board of Directors of ENSCO, one of the most important US multinationals in the areas of Railroads, Defense and Aerospace.

The meeting was marked by the presentation of Ambipar Response’s main businesses and services in Brazil and worldwide in the area of emergency response, environmental management, products, industrial services, training, transport of chemical products, among others.

According to the Chief Technical Officer of Ambipar Response, Jorge Carrasco, “the visit was very important to strengthen the relationship, as well as envision new opportunities for expanding Ambipar’s business”. On the occasion, the president of ENSCO, Mr. Jeff Stevens also spoke about his interest in visiting Ambipar in Brazil and getting to know in detail the company’s performance in its environmental aspects and emergency response.

Jorge Carrasco also commented on his satisfaction with the partnership between Ambipar Response and ENSCO in carrying out work at the Transport Technology Center (TTC). “We had very positive feedback on our performance in relation to the emergency services that we are already carrying out in the largest training complex for dangerous products in the world. I can say that the executives were very impressed with our technique and Ambipar Response’s expertise” – he concludes.

Ambipar Response was selected to lead emergency response and hazardous materials training at the Federal Railroad Administration’s (FRA) US Transportation Technology Center (TTC) in Pueblo, Colorado, USA. The company also became responsible for emergency services and property security at the facilities of the 122 km² complex, owned by the federal government of the United States. Ambipar Response’s operations began on October 1st of this year, and the contract was signed for five years plus three five-year periods, totaling 20 years from the start date.