Carbon credit is an economic alternative presented at an international meeting 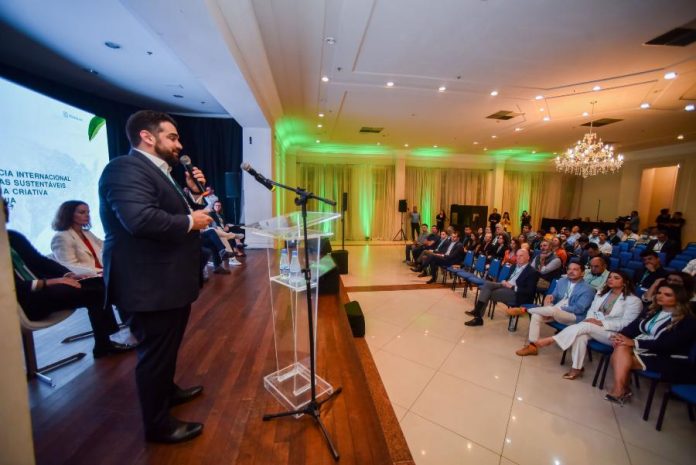 The raising of foreign resources as payment for the environmental services provided by the Amazon Forest was one of the main alternatives discussed by the Government of Amazonas and by several professionals during the opening of the 1st International Conference on Sustainable Finance and Creative Economy of the Amazon, held on the night of this Monday- fair (19/12). The event, promoted by the Companhia Amazonense de Desenvolvimento e Mobilização de Astivos (Each), continues with schedule this Tuesday (20/12).

As of the decree signed by Governor Wilson Lima in November of this year, establishing quotas and the allocation of carbon credits, the state has, in all, more than 809.6 million tons of carbon equivalent (tCO2e) available for sale. In this way, Amazonas is qualified to raise more than US$ 1.6 billion in foreign resources, thus creating a new economic and sustainable matrix for the region.

“The idea of ​​this event is to make it clear that it is not necessary to deforest to evolve economically and show Brazil and the world the attractions of investments that the Amazon has. The sale of carbon credits in our state is a barn that is open and waiting to receive investments from the world so that, in partnership with the Manaus Free Trade Zone model, we can develop a solid economic matrix”, explained Acram Isper Jr., CEO of Cada.

Amazonas will be the first Brazilian state to allocate part of the credits obtained to the private sector, even ahead of Brazil, whose decree was only regulated in May of this year. In this way, companies around the world will be able to offset their emissions by purchasing carbon credits from the Amazon.

Something around 800 million tons of carbon is the balance that Amazonas has to offer as compensation for environmental targets met before the enactment of the Environmental Services Law. Resources that can represent investments in health, education, infrastructure and the creation of economic alternatives in the Sustainable Development Reserves of Amazonas, where traditional populations live, according to the Secretary of State for the Environment, Eduardo Taveira.

“We have a great challenge, because at the same time that we are increasing the state’s economic capacity and generating wealth, we also need a commitment to reduce emissions and keep the forest standing, and we are tirelessly seeking an alternative for that. We have the Free Trade Zone, but also a great opportunity for the development of a new economic matrix based on the environmental resources that we have in abundance”, stated Taveira.

The organization of the event, which continues throughout this Tuesday (20/12), prioritized bringing to the debate issues that seek to emphasize the potential of the Amazon for the green and digital future. The event is free and has the support of Companhia de Valores Mobiliários (CVM), National Bank for Economic and Social Development (BNDES), Brazilian Association of Cryptoeconomics (ABCripto), State Secretariat for Culture and Creative Economy and Ambify.

During the meeting, authorities and specialists will also discuss the development of the region with a focus on technology and sustainable economy, in addition to the promotion of the capital market and the challenges for the future, aiming at environmental preservation. The 1st International Conference on Sustainable Finance and the Creative Economy of the Amazon is an event 100% offset by carbon credits through Ambify, without generating any burden to the state of Amazonas.